Expanding our partnership with JCDecaux

Expanding our partnership with JCDecaux

JCDecaux has been a partner of Justdiggit since 2014 and has been supporting us for years by broadcasting our awareness campaigns on large billboards in Europe and Africa. To celebrate World Environment Day (5 June 2021) and the launch of “UN Decade” (the United Nations’ global rallying cry for countries to unite and protect and restore ecosystems), JCDecaux is now renewing its commitment to Justdiggit.

As part of this new commitment, JCDecaux: 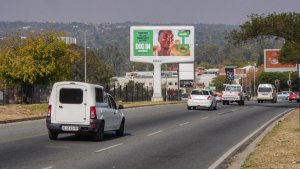 JCDecaux’s commitment to fight against climate change
Coinciding with the Climate Week summit, which took place in New York in September 2019, JCDecaux has reinstated its commitment to fighting global warming, becoming the first outdoor advertising group to join the RE100 initiative. Founded by (NGO), The Climate Group, in partnership with CDP (a not-for-profit organization whose aim is to study the implications of climate change for the world’s principal publicly traded companies), this initiative brings together businesses around the world to promote 100% renewable electricity. On this occasion, JCDecaux displayed a poster by Danish artist Per Arnoldi throughout 40 sites in New York (in Manhattan, Brooklyn, and Queens), and showcased an animated version of the poster on 12 of its digital bus shelters in the area around the UN building. Check out Jean-François Decaux’s video reaffirming JCDecaux’s commitment to fight against climate change here. 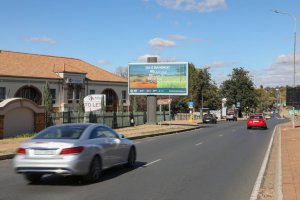 Wessel van Eeden, Global Marketing & Communications Director of Justdiggit, said: “JCDecaux is one of the key partners of Justdiggit. In support of the UN Decade on Ecosystem Restoration, which will kick off on this Friday June 4th, together we will reach out to millions across Africa and Europe to show that nature-based solutions are 37 % of the solution to climate change. Inspiring farmers and urban communities with a simple solution, the restoration of our beautiful planet. As Sir David Attenborough so wisely said: “The climate crisis is now a communications challenge.” We know the problems and the solutions; we just need to make the coming ten years the decade of doing instead of talking. Therefore, we could not be more proud of our partnership, JCDecaux is a true leader in sustainability in so many ways and we look forward to regreening the hearts minds of people and degraded soils of Africa together.”

Jean-François Decaux and Jean-Charles Decaux, Co-Chief Executive Officers of JCDecaux, said: “World Environment Day and the beginning of UN Decade are an opportunity for JCDecaux to reaffirm its strong commitments towards our planet. JCDecaux has always set its strategic priorities, in all the countries where it operates, to constantly reduce its environmental impacts. In particular, the Group has covered its electricity consumption through renewable energies and cut its greenhouse gas emissions. These commitments have been recognized for a number of years, as illustrated by our main benchmarks*. JCDecaux commits to Justdiggit, a non-profit reforestation organization in Africa, by providing advertising spaces on its digital screens and posting displays in 7 European and 13 African countries. This year’s World Environment Day also marks the launch of UN Decade, a global rallying cry for countries to unite in an effort to protect and restore ecosystems. JCDecaux is contributing to the initiative by showcasing the UN Decade launch video on its screens. The UN Decade runs from 2021 through 2030, which is also the deadline for the Sustainable Development Goals and the timeline scientists have identified as the last chance to prevent catastrophic climate change. As a partner of Justdiggit, which has already accomplished remarkable work by restoring 60,000 hectares of dry and degraded land and by regenerating over 6 million trees in two and a half years, JCDecaux is proud to play its part in making as many people as possible aware of ecosystem protection and restoration. Not only will this endeavor improve people’s living conditions, but it will also combat the effects of climate change, thereby halting the loss of biodiversity and concretely demonstrating the positive impact of our outdoor advertising media. In the words of Justdiggit, this is the decade of doing. Let’s dig deep together to restore the planet!” 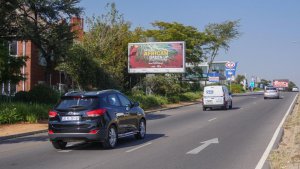 *In 2020, JCDecaux was again recognized for its commitment and leadership in the fight against climate change, maintaining its CDP “A Leadership” status in addition to obtaining a score of 5/5 in the environmental criteria of the FTSE4Good extra-financial index and achieving a score of 10/10 in MSCI’s environmental criteria (Carbon Emissions). It should also be noted that in 2019, JCDecaux became the first Out-of-Home Media company to join RE100, a global initiative bringing together more than 165 multinational groups. The endeavor, which is spearheaded by The Climate Group and CDP, aims to encourage companies to make the transition from fossil to renewable energies.